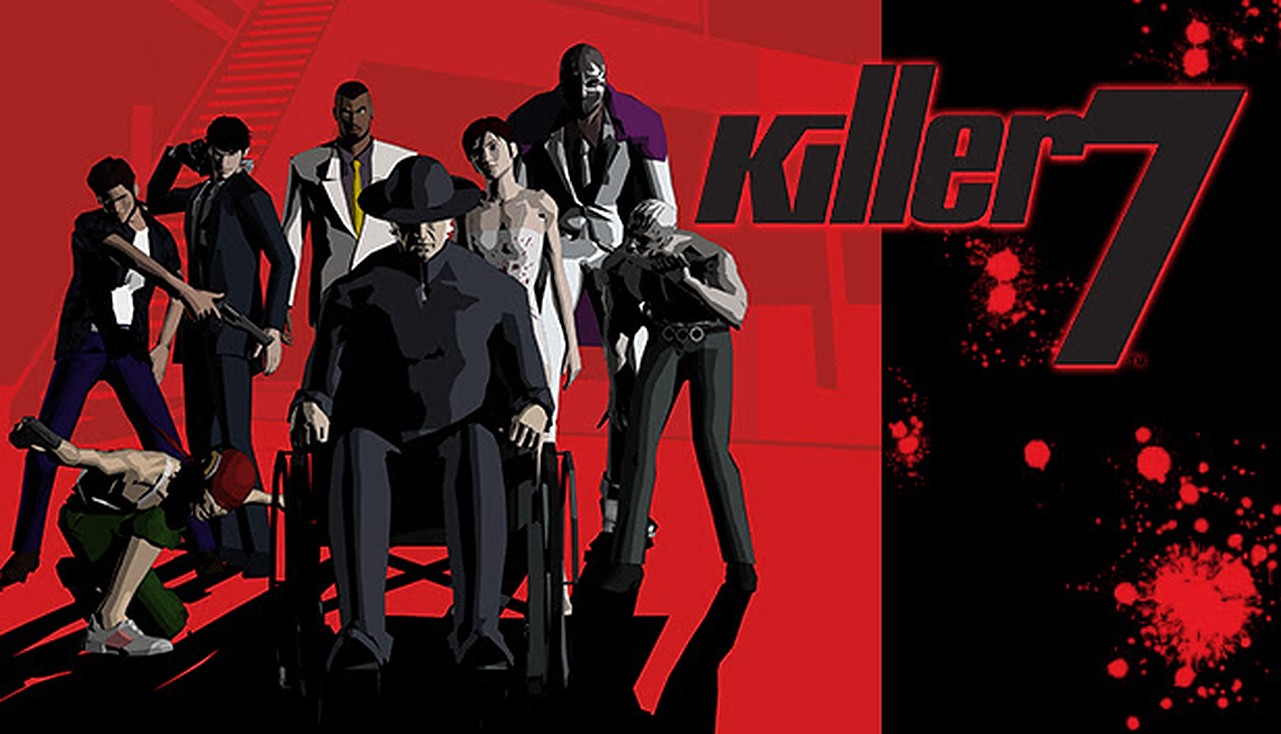 I like playing weird games, that’s not a secret. Practically every game I’ve recommended so far during my time with Polyspice could be considered at least a little bit weird. From the puzzle-matching cooking quest that is Battle Chef Brigade Deluxe to the space shooter J-Pop odyssey that is Vitamin Connection. Weird games just grab my attention.

But what makes a game weird? What is a weird game? To say a game is weird implies that there are “normal” games, which I’d argue is only partly true. Sure, there are genres of games and popular trends in gaming, but videogames are an ever-changing medium. Game design is more art than science, and without experimentation with weird ideas, we wouldn’t ever see anything new or interesting.

Today I’d like to talk about what I consider to be the absolutely definitive “weird” videogame. A game that isn’t just a truly unique and excellent experience, but also illustrates just how great games can be when you throw out conventional wisdom and experiment with gaming as a medium. That game is Suda51’s magnum opus, Killer7.

Killer7 is a game that’s impossible to classify into a single genre. In the simplest of terms, it is an action-adventure shooter with a horror influence that swaps between first and third person.  It was originally released for the Nintendo Gamecube and PlayStation 2, and was re-released on PC through Steam just a few years ago.

Killer7 was the first game from Japanese game designer Goichi Suda, also known as Suda51, to come to the West. Suda as a designer is known best for his experimental and self-proclaimed “punk” style of making games. He seeks to defy established tropes and conventions of gaming in all his work. This usually involves a great deal of blood and gore, and eccentric mechanical and gameplay choices, of which Killer7 is the epitome of this style.

Killer7’s moment to moment gameplay involves exploring the current level you’re in through branching paths that you explore freely while moving on rails with a single button. You must also keep your ears alert for the giggling of Heaven Smiles, many deadly types of which lurk around every corner. They only become visible when you scan the environment for them in first person, and only dispatched after shooting their own unique weak-spots. You also solve adventure game style puzzles with key collecting and riddles aplenty, which will test your memory and observational skills quite often.

Whether you’re dealing with the combat or the puzzles, it will require the utilization of Killer7’s best core mechanic; swapping between the members of the Killer7 at will. After fulfilling certain requirements in the level, you can swap between each mysterious and deathly skilled member of the team. Each of the Smiths has their own weapon as well as unique ability, and you must learn to utilize all of them in even balance in order to complete each level. Thankfully they all play well enough that this isn’t a problem.

Dan Smith is a basic shooter who can deal extra damage with a charge shot, Kaede Smith is the Sniper of the group with a slow rate of fire, Kevin Smith (no relation) can throw knives and never has to reload, and so on. Each member of the team has something significant to contribute to gameplay.

The basic combat is helped along by a great variety of enemies, as well as methods of disposing of enemies, on top of some solid if simple RPG elements. You can upgrade each character’s abilities and gun skills a certain amount in each level, provided you have enough blood. The difficulty does eventually get pretty high towards the end of the journey, but the difficulty curves naturally to get to that point, and it hardly ever feels unfair to the player.

What I’ve discussed so far are the basic and more easily understandable gameplay mechanics of Killer7. However, there’s a lot I’d rather not discuss, as this is a game that’s best enjoyed going into it knowing as little as possible. It’s a game that makes tons of tiny alternative design decisions that make for something potentially alienating or off-putting, but much greater than the sum of its parts.

Every basic element of Killer7 has been intentionally somewhat tweaked to make itself seem skewed and off-putting to the player. The health bar is off kilter, the controls and camera are highly unorthodox, and pretty much everything else about the whole game is at least slightly strange. More often very strange. This extends to the entire narrative as well.

I will now attempt to explain the basic plot of the game while doing my best not to spoil anything serious:

In an alternative timeline where all forms of domestic and international terrorism have been eradicated, and the United Nations is on the verge of declaring world peace, a new threat emerges in the form of the mysterious beings known as the Heaven Smiles. A mysterious sleeper cell of giggling homunculi with permanently fixed grins and explosive organs.

In the midst of a massively entangled political struggle between the United States and Japan, the UN calls upon the services of the eponymous Killer7 (also known as the Smith Syndicate). The Smith Syndicate is very mysterious. They are a group of seven highly skilled assassins, all of whom are led by the leader of the syndicate, Harman Smith.

Most of the important legwork for the group is handled by Garcian Smith, a stone-faced cleaner who gets insider information on the syndicate’s next assassination target. He does so through shadow-lurking informants, seeking to calm the storm of or even turn the tides of the West vs. East political struggle.

Anything else that I could tell you would just further spoil the experience for you, and frankly I’m not sure if I would even be doing the whole thing justice. Killer7’s story is a web of conspiracy dotted with disturbing subject matter and absolute chaos. Yet at the same time it often feels so reserved, the pacing is never too fast or too slow, and the difficulty cleanly scales up over the course of the game’s linear story; a story built up additionally by the presentation.

There really isn’t a game that looks, sounds, or plays quite like Killer7, even after all this time. The game’s graphics and sounds are just as intriguing and bizarre as the story they come packaged with.

Killer7 still looks great over 15 years after its release. It was one of the most noteworthy games to ever implement cel-shaded, not because it was among the first to do it, but because it went in so hard with the style. Every texture, character, or otherwise is drenched in solid, bright colors with heavy shadows. The contrast of the colorful, cartoonish visuals juxtapose strongly with the game’s dark subject matter and themes as well.

Child abduction, organ harvesting, and political assassination are all core elements of the game’s story, and that’s leaving a lot of details to the side. Killer7 earns it’s “M” Rating easily. You’ll see inhuman monstrosities explode in fits of laughter, brains blown out the back of people’s heads, and genuinely disturbing subject matter presented with complete stone seriousness. But it wouldn’t be a Suda game without a splash of his signature eccentric style to offset the more serious tone.

The script is dotted with small moments of dark or absurdist humor, often coming out of left field. This somehow defies expectations and doesn’t undermine the more serious parts of the script. It becomes more disarming than hilarious, as you’re always left unsure what will happen next. Trying to anticipate what’s next would just be a lost cause anyway, best just sit back and enjoy the ride.

Killer7 will not be a game for everyone. It’s extremely strange, at times very cryptic, and it’s not easily put into a singular category genre wise. But again, all of these things and more are exactly what I love about it. Like I said, sometimes we need experimental games that break the rules and get weird on us, otherwise we’d never see anything new or interesting, and even after over 15 years, Killer7 still feels new and interesting.

The combination arcade shooting and survival horror gameplay has never really been replicated in the same way elsewhere, and very few games before or since have attempted to tell stories nearly as dark, bizarre, or openly political in quite the same way either. Killer7 truly was a product of it’s time; a more experimental era where bigger developers were encouraged to experiment and take risks. An era that feels long past now. Thankfully, with the game now available on Steam at a reasonable price, it’s much easier than it ever has been before for people to try it out.

If you consider yourself a fan of “weird” or “alternative” video games, then you absolutely owe it to yourself to play Killer7. It’s fun, funny, creepy, disturbing, and even with Suda51 still making cool and interesting games to this day, we still may never see anything quite like it ever again.