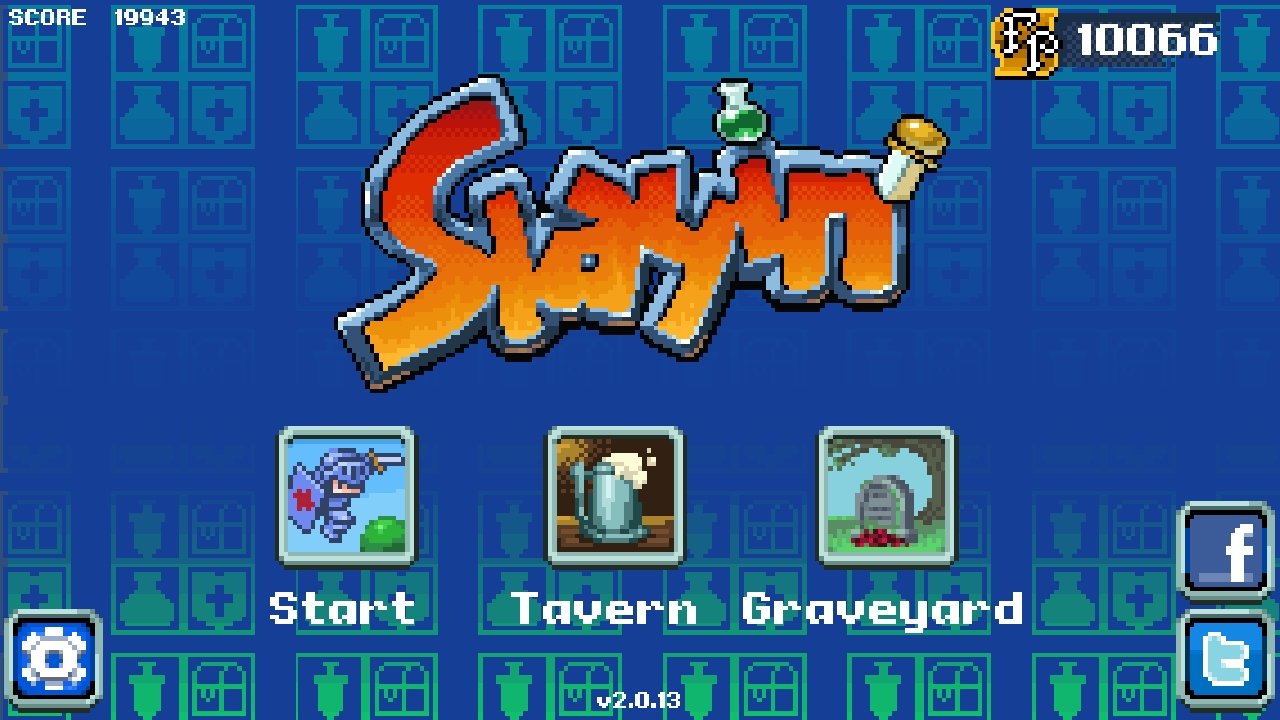 If you’re like me and have been playing video games for the better part of the past 25 years, mobile games are a hard sell. Which is why a game like Slayin’ is so good. Released by FDG Entertainment, Slayin’ is a game built around touchscreen controls. You have a button that moves left, moves right, and an action button that is determinant on the class you’re playing. It’s also built around a retro visual and audio aesthetic, which is something that’ll appeal to players like me who enjoy retro games.

Graphically, Slayin’ looks like it came straight out of the 1990s; it looks like something you’d have seen on the Super Nintendo or Sega Genesis back in the day, but in a good way. It fits the aesthetic of the game and feels right for what you’re doing.  All the effects in the game are bright and colorful, and all the interface borders are a great representation of what they’re trying to show; the dragon one is my favorite, and it makes the dragon look appropriately terrifying.

The music is appropriately epic for a game where the end goal is to slay a dragon, and it’s appropriately sad when you die. And, like the graphics, it feels like it came off an old console, but in a good way; everything sounds like it came from an older console game, and the game is better for it.

Slayin’ also offers multiple characters to unlock, starting with the basic knight, the powerful mage, the roguish knave, the not so good archer, the amusing tamer, and the ninja, which I have yet to unlock due to how much that class costs in-game points. Each class brings something different to the gameplay; the knight brings in armor and bigger and faster weapons than the other classes, while the knave moves the fastest and can collect gold for upgrades fastest due to his high luck stat.

Ads and in game purchases

Free mobile game live or die depending on their ad policy, and I’m happy to say that Slayin’ does it right; an ad at the startup, and ad if you choose to revive during the gameplay, and maybe an ad when you go from the results screen to the startup menu.

And in no way are you required to buy anything with real money to do well here.  The currency for Slayin’ is gold, which buys upgrades during the gameplay to make your fight against the hordes of monsters easier, and fame, which you use to buy other classes, interfaces, background music and more.  And while you CAN use real money to buy fame, you’re not required to, as all buying fame will do is help you unlock things faster; you gain no advantage in gameplay from buying anything with real money.

But the important thing to remember is that Slayin’ is fun. I’ve personally logged hundreds of hours trying to unlock all the characters, background music tracks and interface borders, and I still haven’t gotten to the dragon yet. Check Slayin’ out on the Google Play and Apple store. You won’t regret it!

Check out my full review of Slayin’, and check me out on twitter.