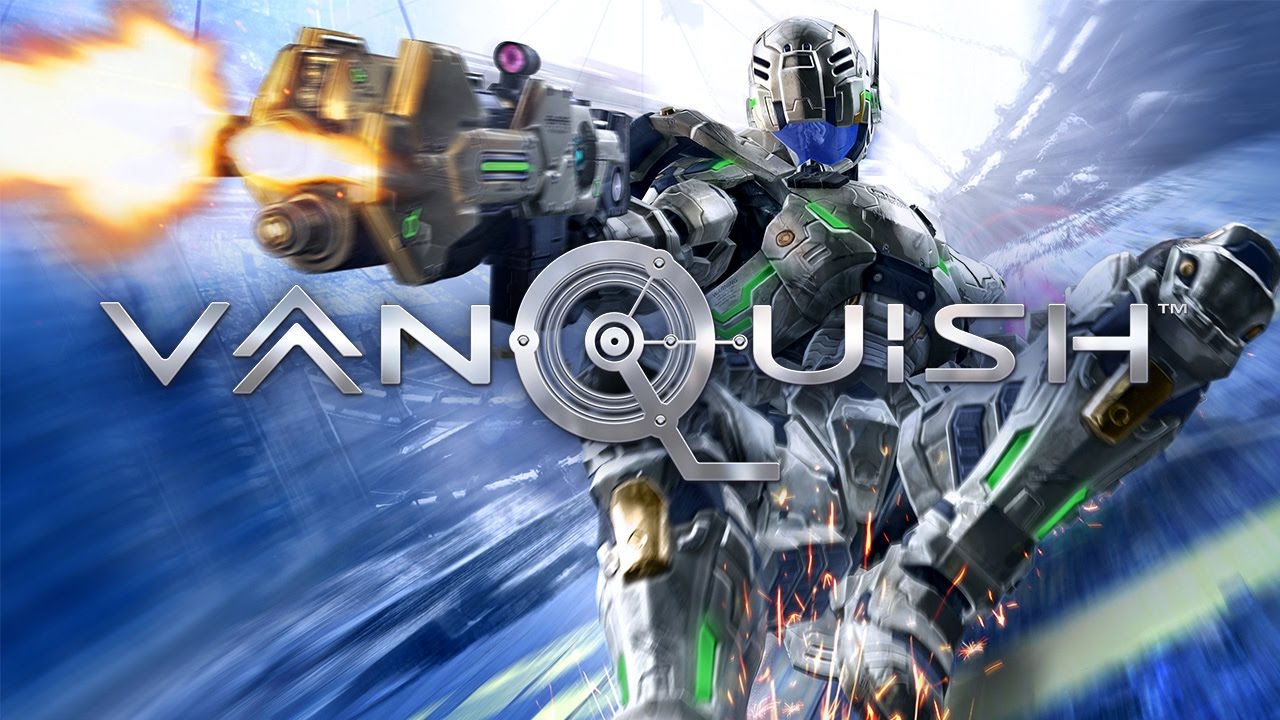 Platinum Games is a developer that any fan of videogames should be keeping an eye on. Being responsible for games such as Madworld, Bayonetta and The Wonderful 101, they have a pedigree for producing fast-paced, highly polished action games with satisfying gameplay and oodles of personality. Vanquish is one of their less often discussed titles, and I’m here to hopefully help rectify that. If you’re looking for a quality shooter that will both challenge and entertain you, all while breaking the mold of most other shooters, then you need to play Vanquish.

Vanquish is a gameplay first experience. There is a story holding things together, but it is light touch for the most part, rarely taking the spotlight off of the shooting. While I’m all for an engaging and well-written plot in any game, Vanquish carries itself so well with nothing but the strength of it’s core mechanics.

Vanquish is a cover-based third person shooter, but not one in the vein of more traditional games of the genre such as Gears of War or the Uncharted series. While in those games you’d most often find yourself popping in and out of cover to simply shoot at enemies, Vanquish is much more frantic in pace and at times feels even grander in scale than either of those contemporaries. It’s a bombastic experience that rarely ever let’s up, especially the enemies you’re up against.

Even on Normal difficulty the game can be quite challenging, as you can die fairly fast if you don’t either get behind cover or act quickly while out of it. From the very start you’re expected to hone your twitch reflexes and effectively survey the battlefield under pressure in order to survive. The solid checkpoint system and quick loading times keep the pace fast and makes death more of a slap on the wrist than a real punishment, and you’ll be back in the action before you lose your sense of flow. This is also helped by the great lineup of usable guns.

The game takes a unique approach to carrying weapons, and even manages to subtly incorporate a solid upgrade system into its arsenal as well. Instead of the typical shooter standard of only being able to carry two guns at a time, Platinum Games just had to give it a little bit ‘extra’ and let you carry three guns. This small change allows for a great deal more versatility  in the player’s chosen layout, which often shifts between different combat arenas.

Every class of gun has different situational perks that makes them all advantageous somewhere in gameplay, and all of them can slowly be upgraded if the player collects the proper items. On top of that there are two different types of grenades, one for regular damage and another for immobilizing your enemies. Only being able to carry three of each at a time limits how much you can rely on them, but also seriously accents their usefulness, as they are extremely helpful (and fun) to use.

The feature that most strongly distinguishes Vanquish from other cover shooters is it’s high emphasis on fast-paced mobility. With the press of a button, you go from trotting around the battlefield to rocketing across the ground at meteoric speeds, propelled by jets covering your suit of power armor.

The amount of mobility that the dashing slide grants the player is a truly revolutionary element for a cover-based shooter. The aggressive, push-forward nature of the enemies means that you need to be constantly assessing the situation sprawled out across the battlefield, and moving from cover to cover very often. Organic opportunities for creative approaches present themselves often in gameplay, and this is enhanced further by the second core mechanic of Vanquish, the slow motion ability.

The slow motion ability can be triggered manually at nearly any time for greater precision when aiming and performing complex actions. You have to be careful not to overuse the ability for risk of overheating your armor, leaving yourself unable to slow down for a couple of seconds. The slow-motion ability also works in tandem with the dash, allowing for greater precision during high-risk mobile maneuvers, and even triggers automatically when you’re pushed especially close to defeat. These two additions to gameplay shake up the typical cover shooter formula plenty by themselves, and the consistently fresh level design and bombastic set-pieces help bring it all together.

The presentation is also quite solid, and effective at staying coherent even in the middle of the action. The environments are often large and fairly open, with the largely muted color-scheme allowing for the brightly-colored robotic enemies to stand-out clearly even in the middle of an intense firefight. The PC version of Vanquish is also capable of displaying at as high as 4K resolution, which really helps immerse you in the intensity of the action, as well as help to convey the blockbuster level of spectacle that the game often indulges in quite well.

Vanquish is the logical conclusion of developer Platinum Games making a third person cover shooter; it’s highly technically polished, fun and fast as hell, and a unique gem among it’s genre. Running at only $20 on Steam and $25 on PS4, it’s a fair price given it’s shorter length, and what is there is extremely high quality on the gameplay front with no fat to trim. An easy recommendation for fans of quality action games, and anybody looking for something truly fast-paced to break up the tedium of slower shooters.