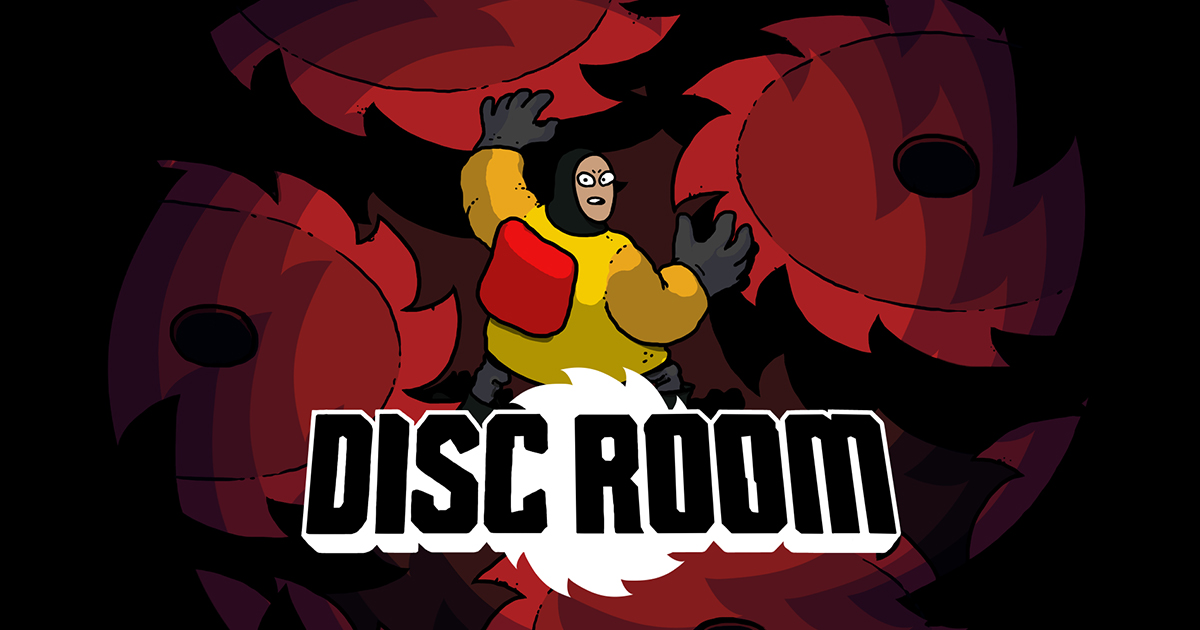 Disc Room shares its strengths with games like Super Meat Boy, Devil Daggers, and to a certain extent SUPERHOT; In that, they all take a simple concept that’s easy to understand, and build on it with deep gameplay and a high skill ceiling.

The core concept of Disc Room couldn’t be much simpler to understand and that’s exactly what makes it great. The premise is simple; you are a scientist that’s part of a team exploring a mysterious disc floating in space, and you must make your way through a series of rooms and survive dodging a never-ending onslaught of different spinning blades, or “discs”. You may think you’ve figured this game out at first glance. But trust me, this game is probably smarter than you.

At first, you start off just dodging some run-of-the-sawmill spinning discs. But it does not take long for things to get substantially more difficult, and for the discs themselves to begin adapting. There are dozens of different discs that you’ll end up facing throughout the game, and as soon as the second room you will be thrown for a loop.

Let’s not mince words, Disc Room is a very hard game. It’s perfectly doable if you’re just aiming to beat the game itself. But you’re likely to die dozens of not hundreds of times. Most levels have a goal along the line of surviving for a certain amount of time. But many others have unique objectives that force you to switch up your tactics and approach the level completely differently.

Every room is a veritable Bullet-Hell worthy amount of deadly discs flying through the air at different speeds; all of different sizes and shapes, and you have to remain on your toes constantly in order to figure out what each room wants from you and how best to tackle each objective.

The Art of Balanced Difficulty

But even after many, many deaths Disc Room never reaches the point where’s it’s completely unfair or obnoxiously hard because of several key things that it does very well. Firstly, the game controls very well, with subtle movements being easy to pull off in tight spaces which you’ll often have to do, and your running speed usually being just fast enough to dance through the danger, but not so fast that you can’t keep track of your character or overshoot a gap between hazards.

Secondly, you die in one hit from any hazard, can start over very quickly with no penalty. The levels themselves rarely last much longer than 30 seconds to a minute in terms of what they expect you to do. In short, any failure is just a brief slap on the wrist; and you can try a level over and over again without sinking an unreasonable amount of time into it. On top of that; every level has a sort of par time achieved by the developers, and this essentially acts as a secondary goal for each level. They can be very challenging to reach. There are tiers of completion to strive for without making it overly difficult for the average player just trying to make it to the end; which adds even greater depth and replayability to the experience.

Adding further variety to the core gameplay are the abilities that you unlock over the course of your playthrough; such as slow-motion and a short range dash. You can have one equipped at a time, and they can seriously change the way you approach each individual level; which creates additional layers of potential strategy.

Presentation was honestly the last thing on my mind while playing Disc Room because of just how intense and attention-demanding it. Though the graphics and sound are nothing to sneeze at. The hand drawn style is bright and clean looking; with a nice variety of colorful backgrounds as well as countless different incarnations of discs; whether they be small, large, sharp, or extra sharp. There’s even what is essentially a bestiary in-game that catalogues all the different types of discs with descriptions and stats of how many times you’ve encountered each; which is a really nice addition.

A variety of in-game options allow you to additionally customize a lot of minor elements of the game to better suit your own experience. There’s a button dedicated to simply speeding up the gameplay. Which you can do if you want to add even more challenge for yourself; as this makes maneuvering the discs and making subtle movements at least twice as hard. Which I had a lot of fun using whenever I wanted a little more out of a specific room. There’s also an optional speedrun timer, multiple opportunities to change the color of certain graphics. In general lots of small choices that allow you to play the game your own way without compromising. It’s design or gameplay to any significant degree, which is just how I like it to be.

If you’re looking for a challenging, replayable, and refreshingly fun game then I can absolutely recommend Disc Room. Honestly, I could see this game as an easy platform to just slot more levels into over time; just like Super Meat Boy did. As it’s practically built to be expanded on with such a strong and already well-explored central theme and core gameplay mechanics.

Disc Room is the kind of quality game that I can pretty much recommend to everyone. The only thing I could see deterring people from wanting to try it out is how hard it can be. But the game is far from unfair. There’s a lot of satisfaction to be found in besting the challenges it presents.

As it stands, Disc Room is one of the best games Devolver has published in recent memory; as well as simply one of the best games of 2020. It’s a beautifully executed and engrossing gameplay experience that gives me the kind of satisfaction that few other games can. It is absolutely worth it’s asking price of $15.

Disc Room is available now for Nintendo Switch and PC.