The latest and greatest build (So far) of Planet Rabbit is here, Version 1.0!
We’ve been busy bunnies as usual, and have implemented a Daily Rewards system for each and every day players log in, up to 7 consecutive days. This rewards folk for coming back to practice their piloting and will help players accumulate SpaceBucks!
In addition to this, we’ve squashed bugs, tightened bolts, and tweaked the User Interface.

Amongst all these changes, my personal favorite between version .9 and version 1.0 of Planet Rabbit has actually been a casting decision. We’ve changed our ‘i’ as in Planit to the more common ‘e’ as in Planet. The timing of this change is fortunate, since we had hoped to replace the Polyspice ‘i’ for a while.

The Planet Rabbit Story begins with two Heroic Twins raised on the Rabbit Home World, a place described as a Crowded Utopia. Wondrous technology ensures that nobody goes hungry or unsheltered, but even that can only stave off overpopulation issues for so long. To this end, the Rabbits have begun terraforming and colonizing other planets… Perhaps a bit too hastily. The first wave of colonists are already in need of rescue due to shoddily constructed Space Habitats. A talented Tactician known as Commander Cabbage has revived the “Rabbiteers” an organization of Volunteer Rescue Pilots. His first recruits? The Twins, his very own grandchildren! 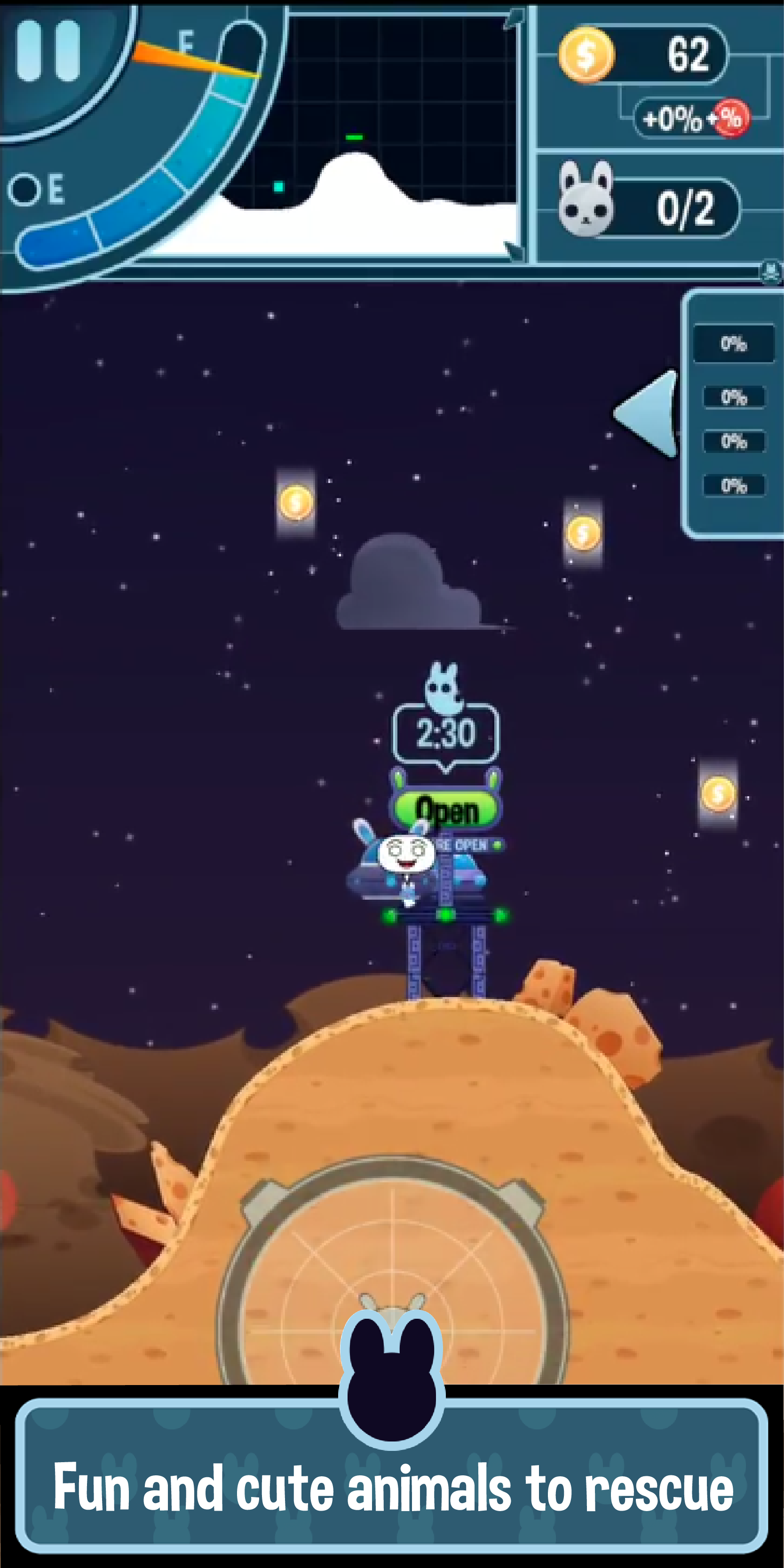 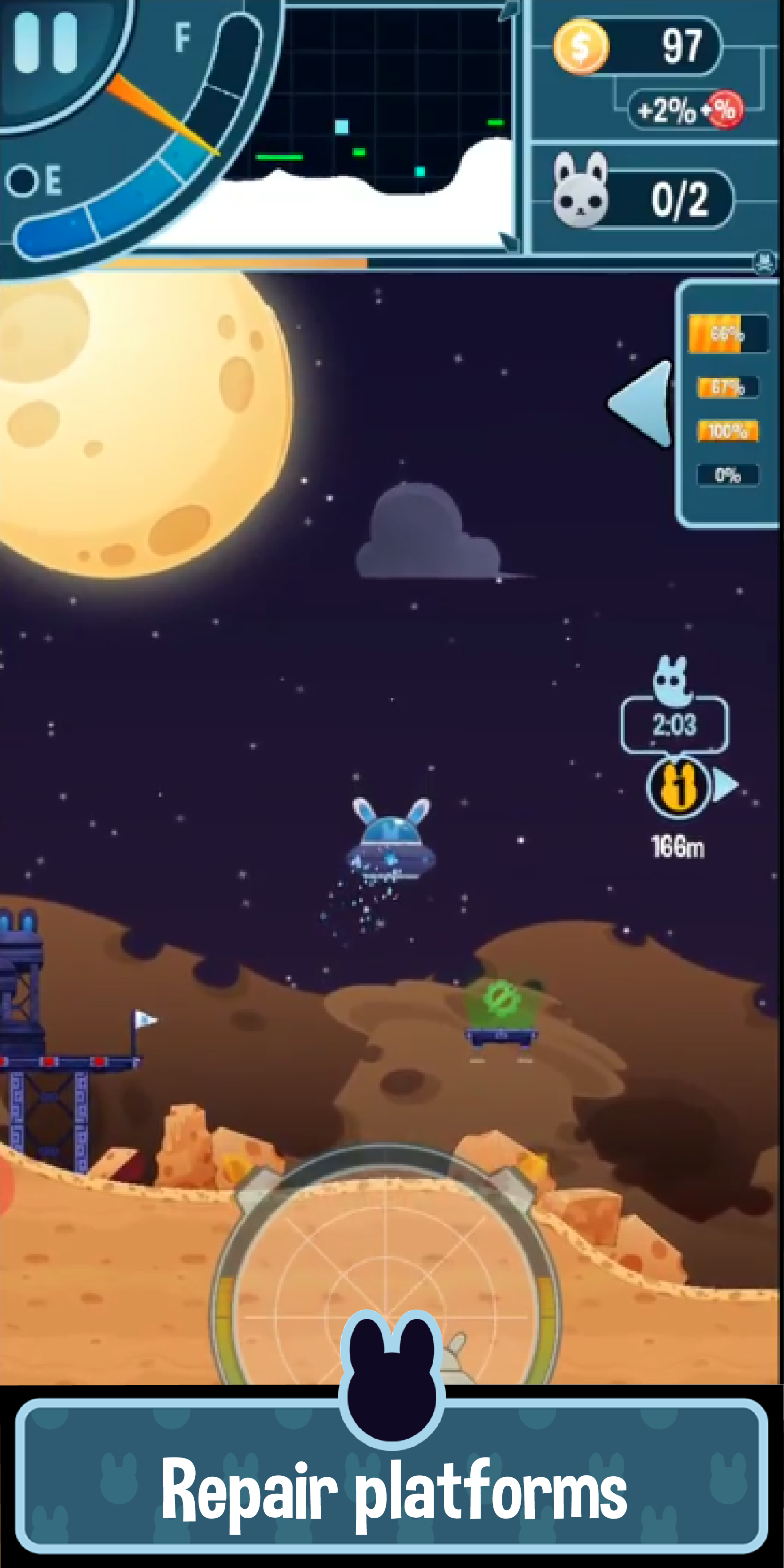 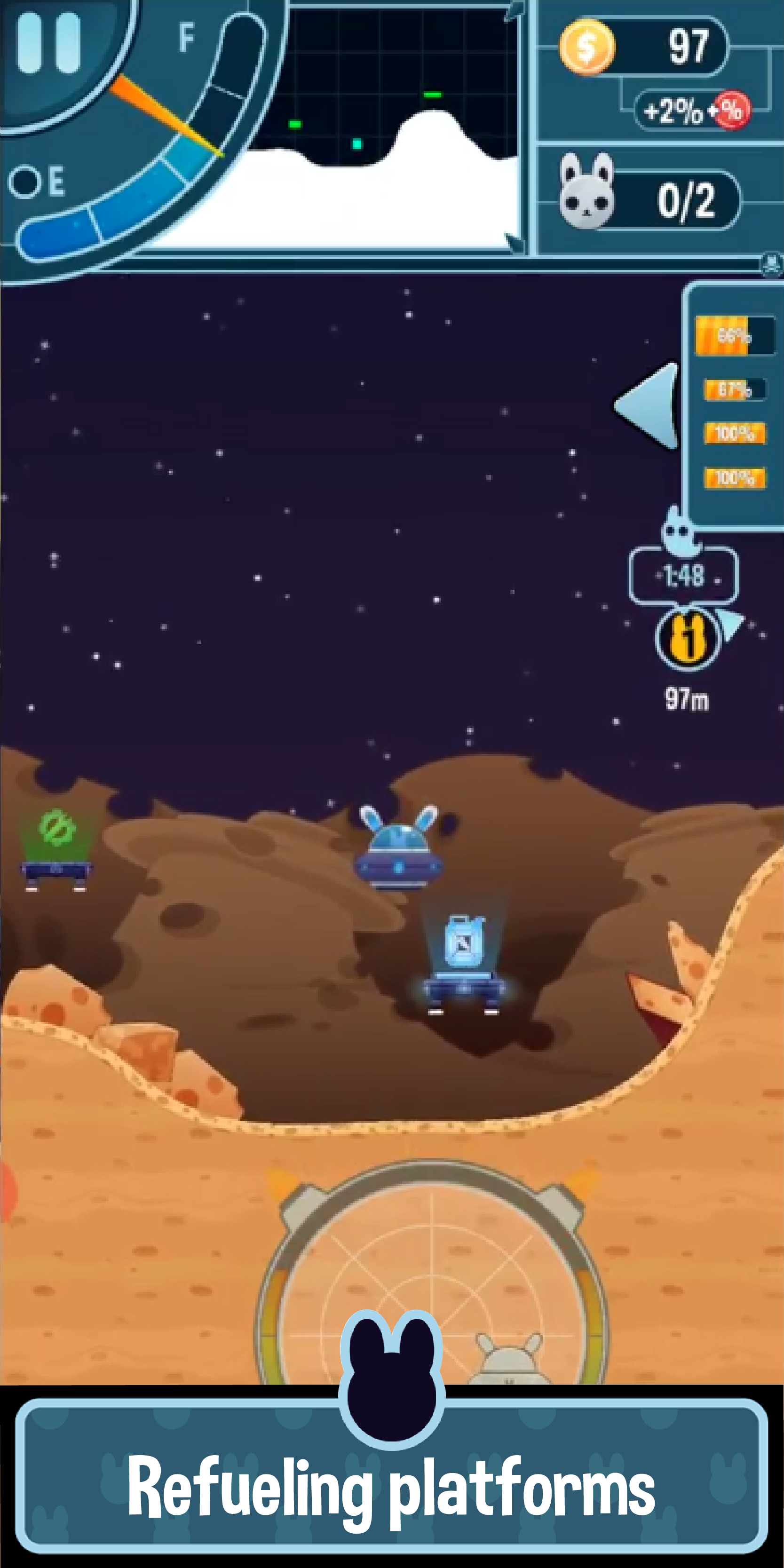 This ever expanding Story will be told in bi-weekly 4Panel Comics illustrated by our very own Miss Alexandra.

We at Polyspice are a small and growing team of Developers intent on creating Fun and Simple Mobile Games for families. Planet Rabbit is by far our biggest game, and we are all very proud of it!