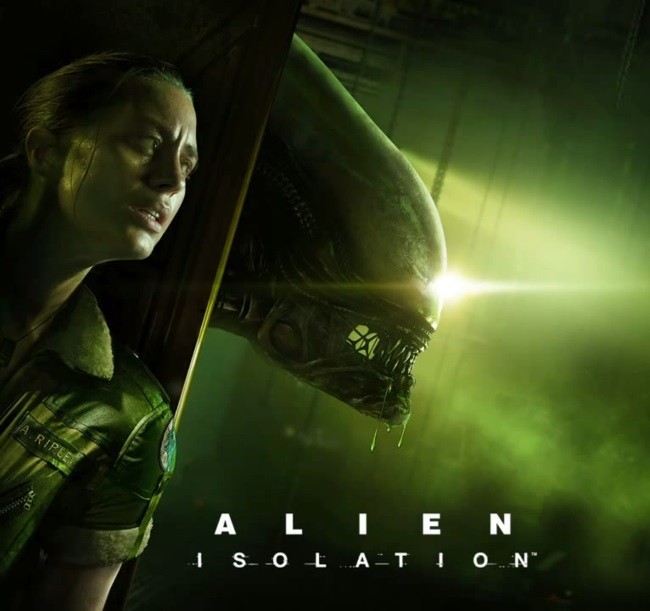 Alien Isolation. So here’s a point of shame for me: I have never seen the original Alien films. Classic Sci Fi Horror, later would cross over with the Predator series to create some truly awe inspiring Comics, and yet I’ve never seen the Original Material. Despite this, Alien Isolation’s layers and layers of Detail work never fails to fascinate me. These are my thoughts on Alien Isolation and my stay aboard the Sevastopol Space Station.

The setting of Alien Isolation is as much a Character as Amanda Ripley is. Built by the ailing Seegson Corporation, Sevastopol Station was already in the process of being Decommissioned well before life within became a living Hell. Within Sevastopol, you’ll (Usually posthumously) get to know the friendly folk serving as Seegson’s Finest, be it by meeting them face to face, discovering their mangled remains, and especially by finding and reading the seemingly endless exchanges of corporate emails.

It just wouldn’t be an Alien story without at least one of these iconic Sci Fi Horror Villains.

My brother and I call this one Einstein. He got the name because he seems pretty bright, luminous even. And he only ever seems to get bolder and brighter as he familiarizes himself with Sevastopol and the hiding places preferred by its horrified survivors.

While the uninitiated might say Einstein is hungry, I believe he seems more likely to be violently territorial. If he were hungry, I think we’d see much fewer intact bodies. Instead, Einstein only seems to Execute/Educate his victims and leave their corpses to rot.

You must use every asset at your disposal to get around the station whilst Einstein searches for you. Looking at the Map is an action that will pause time, and you’ll be very grateful for that as you plan your escape routes.

Samuels is an Android from Weyland-Yutani, and is a State of the Art model meant to be at least as capable as a Human employee in addition to being nearly indistinguishable from one.

Working Joes… They’re his conceptual Opposite. Working Joes are Androids meant to function as Unskilled Blue Collar Labor, and to be identifiable as Androids at a brief glance. Their faces and skin seem plastic/rubbery and no attempt was made at disguising their mechanical nature. I like the idea of these dudes, but Seegson should have spent a bit more time and money on R&D. Their lack of smarts and strict/blind adherence to Seegson’s every Order (Provided by Sevastopol’s AI Core “Apollo”) has caused/enabled them to use excessive force on anybody that dares to break the Rules. Soooooooooooo these dudes will kill you dead if they find you trespassing… Probably while claiming you are hysterical and simply overreacting as they snap your neck and/or crack your skull.

Apollo serves Seegson as the AI Core that keeps everything running on Sevastopol. Having an AI to handle day to day tasks frees up Sevastopol personnel for vastly more free time than they might otherwise have. Though by now all closed, Sevastopol was formerly home to a plethora of businesses owned by Third Parties meant to Entertain and Serve the needs of Seegson Employees.

We’ve got what is mostly a standard FPS Control scheme. Right Trigger fires, Left Aims, D Pad switches between Weapons. Beyond the basics, there are a few unique mechanics that help define what Alien Isolation is all about.

This sounds so small. But it’s thematically critical to the experience, especially on harder difficulties. By pressing the Left Shoulder button, you can lean over barriers and peek around walls to get a glimpse of what sits behind it without exposing too much of yourself. This feature is brilliant to my mind, even if very situational since it has synergy with the Motion Sensor to enable this super sneaky “Look before you Leap” gameplay. If playing on Hard or Nightmare, you’ve got to avoid encounters whenever possible. Thus I always find myself relying on this move when the Motion Sensor feels inadequate for assessing a situation. You’ll also need to use it to hide successfully in Lockers from the ever attentive Xenomorph.

This is Isolation’s answer to Radar. Occasionally while walking about, the Motion Sensor will Boop to indicate a Moving Object is detectable within its range. It’s very basic, and occasionally unreliable in tight spaces and crowded areas. The Motion Sensor (Booper) feels like a real technology, one that a person might use for hunting down Rats and other vermin for extermination. This Sci Fi Fish Finder will be your bread and butter, the only reliable way to detect Hostiles outside your Field Of Vision.

The Motion Sensing Booper will also direct you towards your next objective with a little bar that moves around your screen, functioning as a Floating Arrow would in other games. So looking at the Motion Sensor serves both to warn you of threats and as a Navigational Aid.

In Space, Breathable air is an essential feature of any Space Station or Space Craft. And along with that comes the need for circulating the air so as to control temperatures and generally maintain livable atmospheric conditions. To that end, you’ll find countless Ventilation Networks of rather generous proportions probably meant to be easily accessible when repairs are needed. Sometimes, your Motion Sensor may give up on you or otherwise malfunction. And other times, you’ll find far worse things in the vents than mere Technical Difficulties. Do try to remember that many doors and blocked passages can be circumvented by Clever Girls that know their way around a vent or two.

Amanda Ripley is blessed with a knack for dealing with Machinery. A talent that comes handy in this journey through the dilapidated Sevastopol Station. So as you look about, you’ll come across Blueprints for devices Amanda will be able to assemble from Components you find laying around. This is a rudimentary Crafting system that feels grounded in reality and Justified by the Gameplay when compared to many games that seem to have such a system just for the sake of having it. While this is mostly limited to flavors of Improvised Explosive Devices, IEDs aren’t so scary when you’re the one making them… And everybody can appreciate turning some bits and bobs into a MedKit!

The classic IED, Pipe Bombs are activated and then go Kaboom a few seconds later. An advanced recipe requiring a lot of components, and a great way to blow yourself to bits if you get careless. Sorry, but it’ll at most annoy Mr Einstein and maybe startle him.

While Einstein the Xenomorph has Thermal vision and can easily see through Smoke, anything else will have a hard time detecting anything through it. Great for making an escape when you’ve bitten off more than you can chew.

For those times you just want somebody to Pay Attention and stand still for a bit, the FlashBang beats all. A FlashBang will detonate soon after activation, and its flash of blinding white light and deafening noise make it a solid Item to Invest your Components into building at any opportunity. Einstein hates these, and they’ll disorient him for a little while.

This thing is precious, but I screw myself over with it as often as I use it correctly.The Noisemaker will start making a racket of Electronic noises a few seconds after Activation. This lets you make a simple distraction anywhere. Just, keep an eye and ear out for Einstein before you throw it. Several times now, I have used a Noisemaker and fled the scene only to run directly into a big Xenomorph hug. Verify the location of any threats before you toss one of these.

Soooooooo why is this so complex to build? I don’t know. But it’s probably for the sake of Balance. Fire is something Xenomorphs are genuinely afraid of, and the Molotov Cocktail is the Improvised Incendiary of choice for Anarchists throughout the Universe! Unlike other Grenades, the Molotov will detonate upon Impact. So be careful not to forget and try to bounce it against a wall for a trick shot!

My Experiences and Final Thoughts

This is not a Shooter. While combat and weapons and ammo are important for surviving. It is all but useless against Einstein in a direct confrontation. He’s simply stronger, tougher, and a lot faster than you’ll ever be.

Despite all the details that abound in Alien Isolation. It always returns to the simple formula of you trying to survive the pursuit of a terrifying beast. The Plot does a good job in my opinion of making each step of the journey feel justified, and the environments feel real and inhabitable. I can really imagine people living and working aboard Sevastopol, it makes sense to me.

The AI of the Xenomorph is unique, and the player cannot help but become familiar with its habits as they play. It feels Alive in a way few games have ever managed, and reminds me in a malevolent way of the benevolent Trico creature so central to the Gameplay of The Last Guardian.

Alien Isolation is a game that has not Compromised one bit in fulfilling its Promises. Even to its own detriment in some ways, and I greatly appreciate that. You are promised the experience of a lone survivor trying to stay alive and get off a dilapidated Space Station that has completely gone to Hell.

You’re promised that a vicious and awe inspiring and seemingly immortal beast will hunt for you, and that is exactly what happens. Consequently, you’ll need to deal with that beast in what few ways you can. By Evading it, Hiding from it, and Distracting it so you can then Run from it and hopefully reach the next Section of the game. While Einstein the Xenomorph will at times relax his pursuit to terrorize other survivors within Sevastopol. He’ll always come back around to you before very long. It gets frustrating and at times even tedious. But I can’t realistically see a way to get around that without sacrificing some of the experience.

Yes, you’ll spend more time than you would probably prefer to spend sitting in a locker and listening for the footprints to fade off, or for Einstein to switch things up and climb into a Vent, and you’re definitely going to get very well acquainted with the Booper. But in all truth, I don’t think I’d enjoy this game so much if the game were any different.

I consider Alien Isolation just about as good as it could possibly be while fulfilling its artistic vision. It’s an uncompromised piece of Cinematic Horror Brilliance.