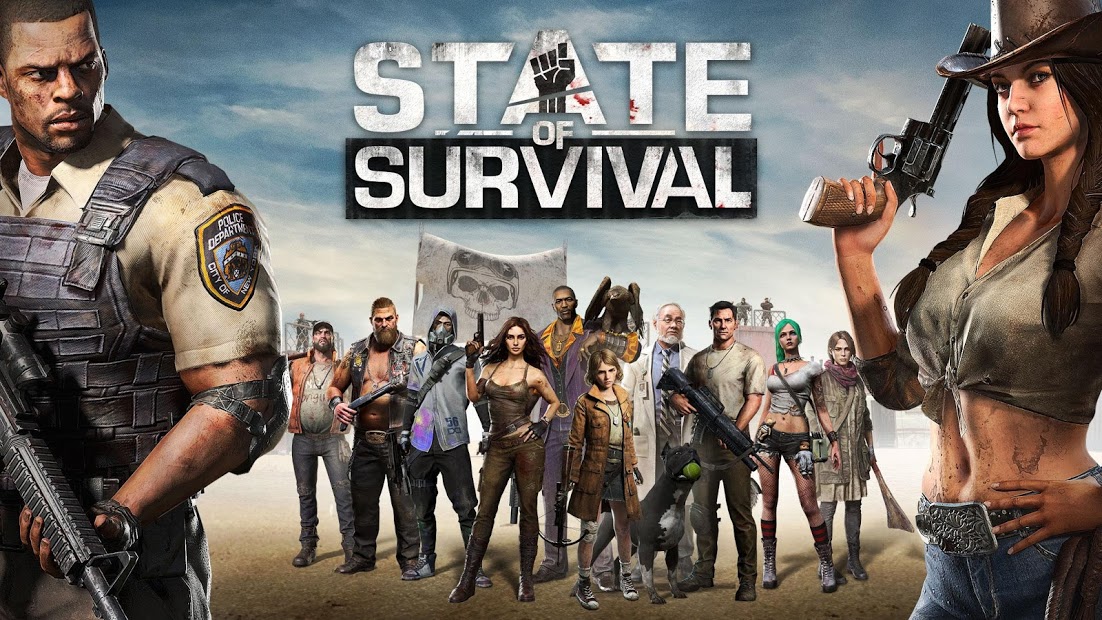 State of Survival is a strategy game available on the Google Play Store with the narrative of being a leader of survivors in a post-zombie apocalypse world. I’ve seen several ads for this game, but put off trying it because I felt zombies were overdone, however now I wish I had given it a chance sooner.

State of Survival as I said is a strategy game and does several mechanics the tried and true ways. You have farms for food, lumberyards for wood, and so on. There’s a world map with NPCs to attack for resources along with attacking other players to steal their hard-earned resources once PVP protection wears off after several days. The game does have auto play functions that slowly open up as you play, so if you need to be a little less hands-on for some battles that’s an option here. Resources are plentiful enough in the early game where I was able to play for a couple hours without stopping, aside from a timer here or there which was easy enough to overcome by simply taking a moment to do something else. Most of the time I could simply rotate between sending troops somewhere for the alliance I joined, like a battle, or to some random point on the map to grind for resources while I was grinding out exploration or intel tasks, so it kept me playing. I am also pleased that there isn’t a bunch of in-game ads, like we’ve seen with so many titles here as of late.

Alliances are something to bring up as well. They function similar to alliances / clans / guilds in other games, where players pool resources to build buffs and fight together for drops and resources. The one I joined is just starting out, but I can see where an active group of plays would be able to advance quicker together, making the resource sinks worthwhile. What I can see thus far is that alliances can fight for territory, work to craft buildings, and as previously stated fight together in coop battles for resources and drops. This has been hit or miss for me, depending on if enough members were online to send the needed troops to win, but as with all mobile and browser based games, this mostly comes down to getting a solid team of active players on at the same time to do content together.

Overall I recommend everyone give this game a try and see what you think. So far I’m enjoying the flow of combat and progression, the story’s not bad, the voice acting is passable. I’d love to see more of the alliance gameplay, and once my war protection wears off I’ll start experimenting with that to find if it can be a viable grinding method like other strategy games. I’ve also uploaded a video of my first half hour of playing if you’ve like to learn a little more before trying the game check it out and let me know what you think!

Thomas is a Twitch Affiliated Streamer who plays and reviews Android games on his YouTube channel. He is sometimes joined by his with Abby and their dachshund Otis.