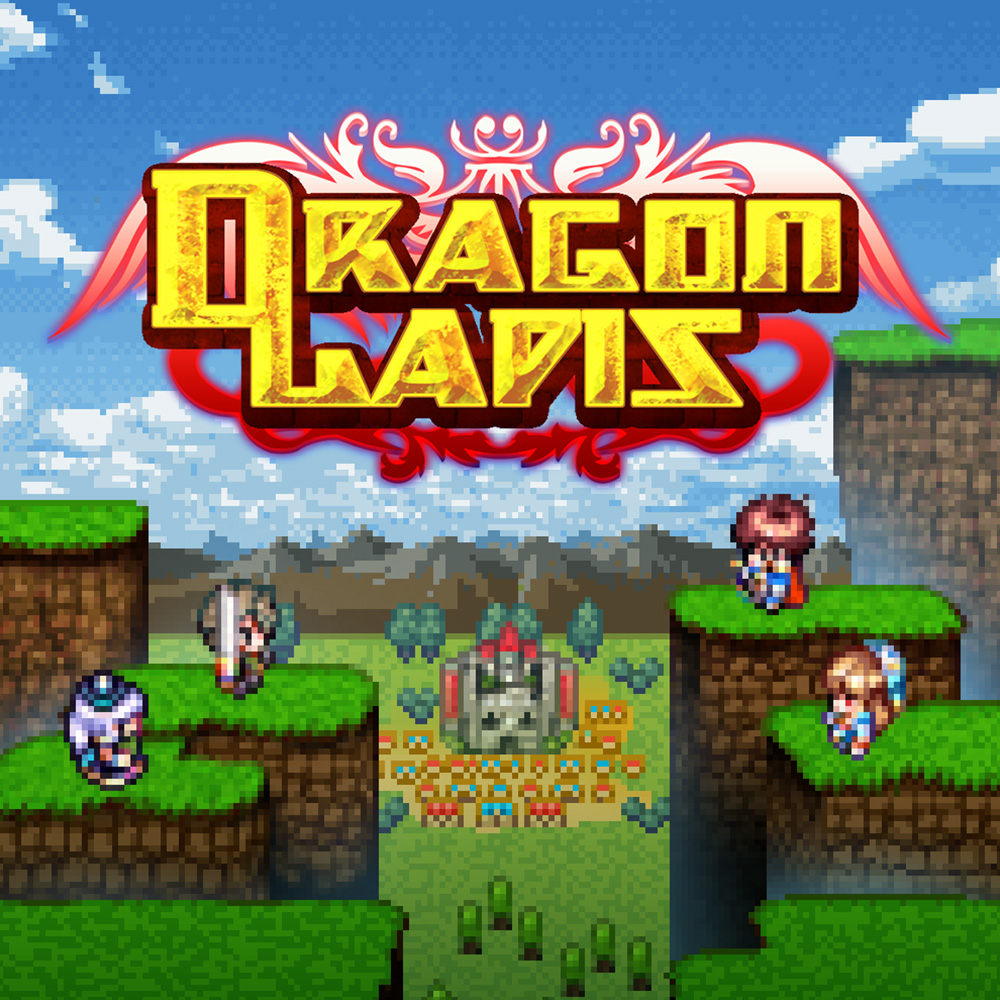 If you’re like me and have been playing video games for the better part of the past 25 years, mobile games are a hard sell. Which is why a game like Dragon Lapis is so good. Released by Kemco, Dragon Lapis for Android is a full port of the 3DS version, which means it’s a full retro style JRPG.  You play as a team of four characters, each with a distinct look but not class, as they go on a world hopping quest to stop the evil Silver Dragon once and for all.

Dragon Lapis is a retro style JRPG.  It’s a game that would have looked at home on the Super Nintendo or Sega Genesis (Megadrive to you non-North Americans out there) and suits the aesthetic perfectly. Nothing looks out of place, and all animations look like they would have for an early SNES Final Fantasy or Dragon Quest game.

The sound design is also going for a retro aesthetic.  All the music and sound effects feel like they’d be at home on the SNES, and the game is better for it. Nothing sounds out of place here.

The controls in Dragon Lapis could be a bit more polished. All the battles, dialogue and menus work fine, but the movement system could leave more to be desired. You start out with a “tap where you want to go, tap who you want to interact with” method, and are given a few options on how to move, but even the virtual controller isn’t as accurate as it could be. But given that this is a retro JRPG, it doesn’t need to be accurate to be fun.

Since this is an RPG, I’d be remised if I didn’t talk about the story.  You take control of Lucas, the descendant of the man who sealed away the Gold and Silver Dragons a thousand years before the story, and are joined by Iria, the Gold Dragon in human form, Melvin the aging rogue and Elodie, the powerful black mage.  The four of you are tasked with gathering the pieces of the Dragon Lapis in order to regain Iria and Lucas’ powers so they’re strong enough to combat the evil Silver Dragon. But defeating the Silver Dragon is not the end of the game; no, it takes inspiration from Lunar: Eternal Blue and has an “after the end” story where you take on an even greater evil after defeating the Silver Dragon.

Dragon Lapis is a JRPG in every sense of the word; made in Japan and follows all the tropes that come with it. You get into random battles, upgrade your equipment and level your character and their job up. And it is with the job system that makes this game unique. You pick your job, and can freely switch them after battles, but it’s how you level your job up that makes it unique.  You see, the game has something called “growth plates”, and as you level up, you can put points into the growth plates, and that levels up your abilities. And each growth plate corresponds to either a specific job or to a weapon type. Furthermore, Lucas and Iria have special growth plates, Hero and Dragonite, that are unique to them.

The ad policy is very obtrusive. When you first download the game, it’s fine, with the occasional ad after a random battle. But once you get to a certain point, a cutscene plays where “the information deity informs you about products and services you might desire”, IE banner ads and more post combat ads. You can buy an unlock that removes all this, but the fact remains that, for a free game, this is a very unpleasant way to deal with advertising.

Even with all the negatives that come with Dragon Lapis’ ad policy and overworld controls, it’s a fun game.  You won’t regret this JRPG on mobile.

You can visit me on twitter for personal updates, my personal blog, now with a new URL for full reviews, and you can support me on patreon for updates on my novel and to support me financially.