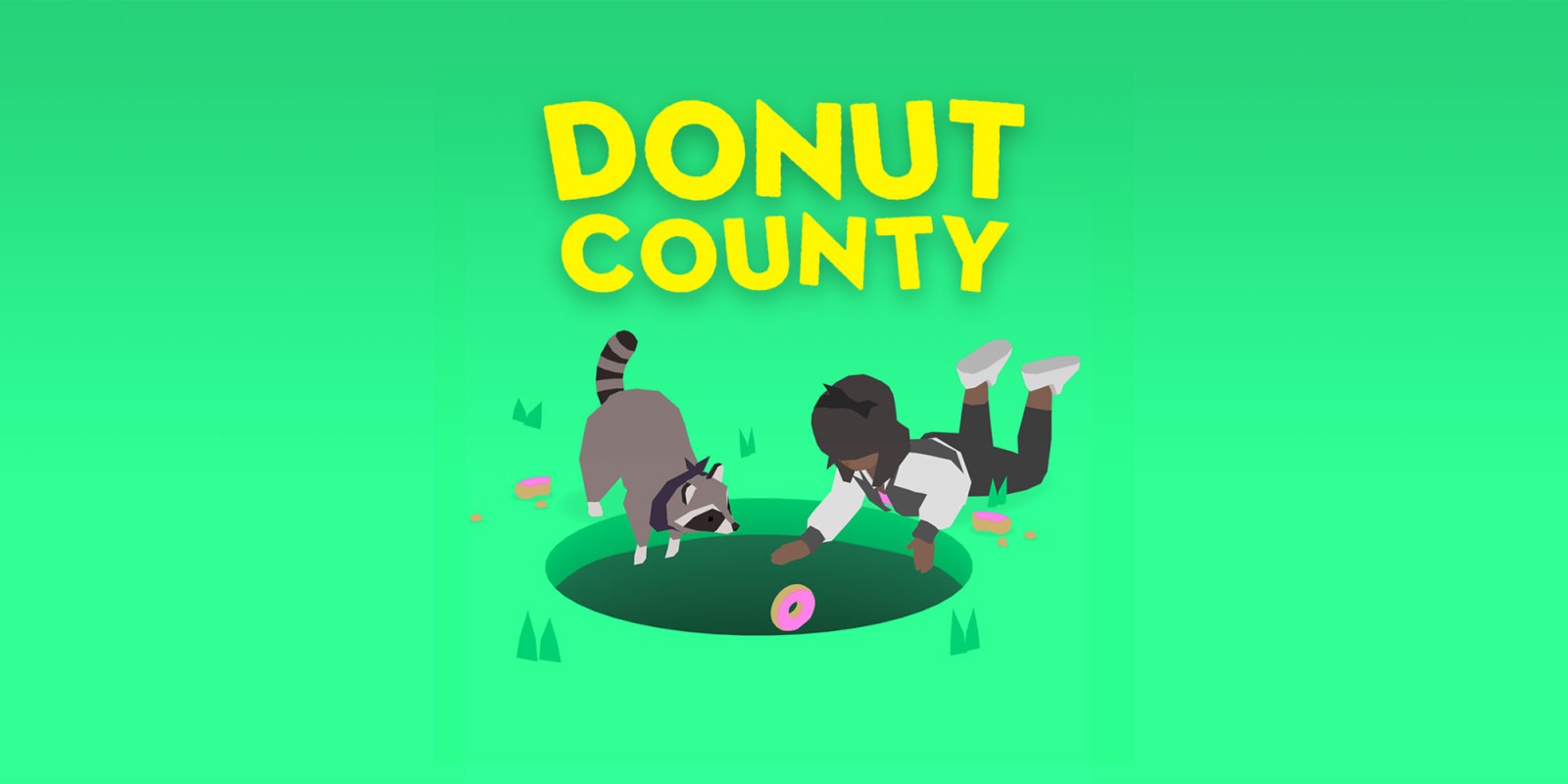 Donut County is a game that seems very simple on the surface and is basically just as simple underneath the surface. But anything and everything can yield more nuanced and intriguing results if investigated further. It’s a game that I picked up some time ago simply because I enjoyed it’s premise; that being that you play as a whole in the ground that eats up the level and grows bigger the more that it collects. It seemed to be a reverse Katamari Damacy with a laid-back soundtrack and a few frosted pastries sprinkled in. While Donut County is by most means a very simple game to play, and does share similarities with Katamari Damacy, calling it a clone would be inaccurate, and calling it shallow would be unfair.

What started as a game that I breezed through in a hour and half became a game I replayed twice the first day I got it. it became the neat little game that I kept breaking out to show all my friends, and soon enough I was trying my best at landing a speedrunning record and learning all the best shortcuts and the many intricacies of the wonky, Crazy Taxi style physics. I found myself smiling bigger and bigger as I heard that satisfying little popping noise every time something fell down the hole and bopping along to the catchy level-cleared jingle, as well as the rest of the chilled soundtrack.

To put it simply, Donut County is a very fun, very easy game that I find myself replaying once a month when I just want something relaxed and satisfying. Everyone I’ve shown it too has wanted to play it afterwards, or at the very least watch me play it, and it really is a remarkable achievement for a game so simple to be so deeply satisfying. It certainly helps that the dialogue and story are very funny and well written, leading the whole events of the story to feel like an episode of a sitcom in the middle of a season that you flipped to on accident. Character motivations are often used as jokes, but are still consistently clear and logical, and people grow and change over the course of the story, all the while you’re still laughing.

It’s also a game with a surprising amount of history behind it. It began life as Kachina, a game which took inspiration from the Hopi Native American tribe and went through a serious shift mid-development once developer Ben Esposito realized he could not (and probably should not) do the story of the Hopi people justice. He reflected on his failures and started the project over almost from scratch, turning the setting into one he knew – that being Los Angeles – and focusing the narrative on a story of self-improvement following failing those around through callousness. Over six years of development and ups and downs lead to a game that is truly not quite like any other.

Donut County is a simple pleasure, much like an actual donut, but like a weird experimental donut that’s no less tasty than its more traditional counterparts. I would say it’s worth the movie-ticket price that it has going even if you only play through it once, but I could easily see it being something that you take the time to show to as many people as you can. It’s a story of personal redemption, it’s a labor of love, and most importantly it’s a game where you can drop people and buildings down a hole and laugh at their suffering. It’s a good time at a good price that I can recommend to people looking to laugh and relax.