So, what is happening and what is the status of Polyspice?

A lot of things have happened the last 6 months, projects came and went, and to be honest, I might have been a bit confused about life and everything, resulting in me putting a bit to much on my plate, based on  pure desire and curiosity.

Recently I have had to take a few rough decisions, which is never nice, but sometimes necessary, I had to sink boats (aka. Projects) that were promising and fun, but in some way or another, did not fit with my personal life and goals.

As you have probably guessed, for the last 6 months, Polyspice have not been a main focus.  Polyspice have suffered from neglect, and this was one of the things that I wanted to change. I wanted to create more small and fun games to share with the world.

I have started a small prototype project, where the idea is that I create some prototypes of games, that will be small polished and free versions of something that should look like a complete (but limited) game. I have decided that I wanted to try if I can create four of such games withing the next year. I will follow up with a post that explains the excact idea of the “prototype project”.

New week, I will come with an update of the game I am currently working on, it’s working title is “Stupid Soldier” and it is looking like it could end up being fun to play.

I created a small teaser image that show of some of the prototype visuals that I am working with. 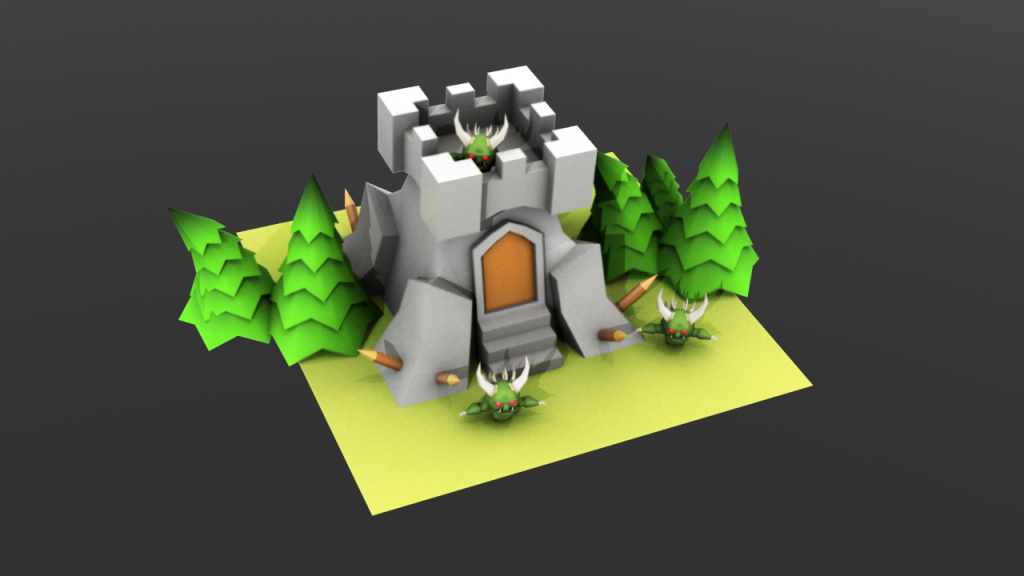