Princess and Unicorn are coming to iPhone

Friends, you are now looking at a post, made by a happy owner of a “mac mini” – it was a though decision, but it was a nessecary step I had to take if I wanted to port the game to iPhone. I tried to get around it by installing a virtual machine of MacOSX, but after some time, I realized that I had to go “All Mac” 🙂 And as a result I am now a happy owner of a Mac.

Of course, there have been some hickups, there is things that I had to learn the hard way.

Lesson #1: You HAVE to buy original Apple stuff
There is no way around this one – Apple gear work great with other Apple gear – as soon as it is not Apple gear, it becomes difficult.

Lesson #2: You are supposed to buy iPhones new, not used.
The amount of problems I have faced buying a used iPhone – apparently, iPhones locked to an account, cannot be unlocked.

Lesson #3: iPhones breaks
Throwing them out from the 3’rd floor is too much for a iPhone 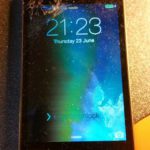 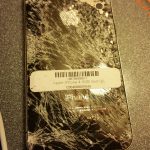 SOON ON iPHONE – YAY – MUCH Celebration! 🙂