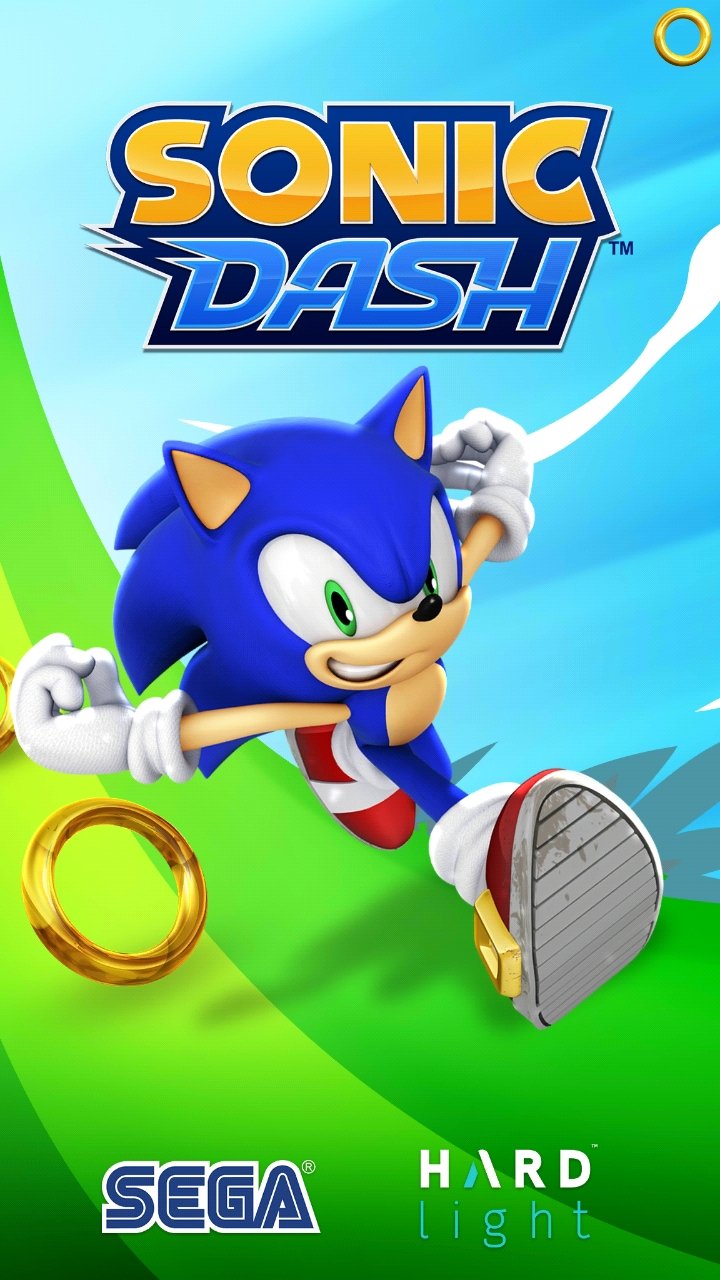 If you’re like me and have been playing video games for the better part of the past 25 years, mobile games are a hard sell. Which is why a game like Sonic Dash is so good. Published by Sega, because of course an official Sonic the Hedgehog game would be, Sonic Dash is an endless runner where you take control of one of many characters from the Sonic the Hedgehog universe and have them run forever forward collecting rings and rolling into badniks and dodging obstacles until you fall off the edge, hit a badnik without any rings or run into an obstacle.

Sonic Dash looks like a modern Sonic game.  Every character has their modern character models and all the zones and animals look like they were created with a modern zone design.  All the text is large and easy to read, and everything is easy to distinguish the portrait mode the game sets you into.

Sonic Dash sounds like a modern Sonic the Hedgehog game. All the sounds come from the modern games, and each zone, whether throwback like Green Hill or Sky Sanctuary, or more unique zones like Temple and Snow Mountain, all look like they were made to fit in with the Sonic the Hedgehog franchise.

Sonic Dash controls very well for a mobile Sonic game. All the controls are swipes, pure and simple, and you don’t need to be extremely accurate with them. You have plenty of time to swipe to dodge, jump and roll to get through the stages, with an occasional tap for the homing attack in the few instances you need to do so.

Sonic Dash has you running endlessly forward as you collect rings, roll into badniks to save the captured animals and defeat either Doctor Eggman or Zazz in a specific stage tied to the boss fights. And when you get enough rings, you can activate a boost that lets you crash through obstacles and badniks and draws rings to you no matter where they are on the screen. You keep doing this, trying to beat your previous high score until you finally succumb to mistakes. From there, you use the ring to upgrade your characters and animals you collected to unlock new stages.

Sonic Dash has both ads and in-app purchases. The ads aren’t too bad, since you can view one to double your ring count at the end of a run, bring you back from the dead to continue a run and at the end of the run. In-app purchases unlock certain characters you can’t unlock through other mean, though since I’ve owned this game, I’ve seen a couple events that allowed me to unlock a couple characters that I’d have had to buy with real money normally.

Sonic Dash is a perfect implementation of Sonic the Hedgehog into a mobile game. It feels right to have Sonic the Hedgehog and his pals running forward, dodging obstacles and collecting rings as you work toward a high score. Whether you’re a Sonic fan or not, don’t miss out on this.

You can check me out on twitter to see my personal updates, my personal blog for full reviews and other things, or my patreon for updates on my novel and access to certain blog content 48 hours early.